How Were German Shepherds Made?

Let’s dive into the history of this breed to find out. 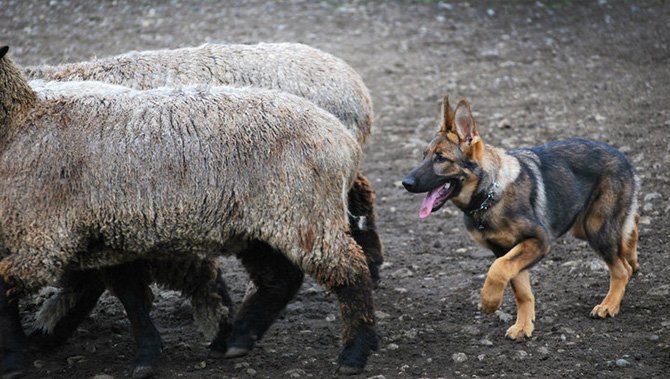 Throughout history, dogs have been bred to retain and exhibit certain traits. In Germany, herding sheep was a common job for dogs, and many were bred with this purpose in mind. Sometime in the late 1800s, breeders started to consider what makes the perfect shepherd dog, and began to form breeding societies to test their theories.

The First True German Shepherd Is Made

Horand von Grafrath was bred with other dogs until a suitable line was found in Hektor von Schwaben. Hektor was inbred with other offspring of Horand (Hektor’s half-siblings) and produced Beowulf, who would go on to sire 84 pups, and be considered the source of all living German Shepherds.