Vom Banach K9 German Shepherdss are active nationwide in both Agililty and Obedience, and prove themselves continually as top-level competitors

German Shepherds love to work with their owners in competitive Agility and Obedience trials. Agility is a dog sport in which the handler directs an off-leash dog through an obstacle course in a predetermined sequence. In off-leash Obedience trials, the dog proves its ability to follow commands in a specific way. Their natural intelligence, strong bonding tendencies and agility are a natural fit for this type of work.

If you as an owner are willing to put in the time, a German Shepherd will reward you for the effort. Little is as effective for dog/owner bonding as spending time with this breed in obedience exercises. German Shepherds thrive on obedience training, especially when affection and play are included in the mix.

Luthien vom Banach featured in the video below holds virtually every AKC Agility, NADAC, and CPE title, including the prestigious Performance Award of Merit awarded by the German Shepherd Dog Club of America. ‘Luthi’ is owned and trained by Kevin and Connie White and you can read more about her here.

In Obedience, common exercises include heeling during walking, sitting when the owner stops, heeling in a figure 8 pattern, sitting while a stranger pets the dog’s head, sitting and staying, scent discrimination, jumping on command and many other exercises. In Agility, dogs navigate A-frames, dog walks, pipe tunnels, weave poles, and other types of jumps

Vom Banach K9 German Shepherds are active in both competitive Agility and Obedience disciplines and prove themselves continually as top-level competitors.

Below is a gallery of Vom Banach dogs active in Agility and Obedience. Click on any image to enlarge it. Click the play button in the bottom left hand corner to view them all as a slideshow.

See photos of Tyras working below: 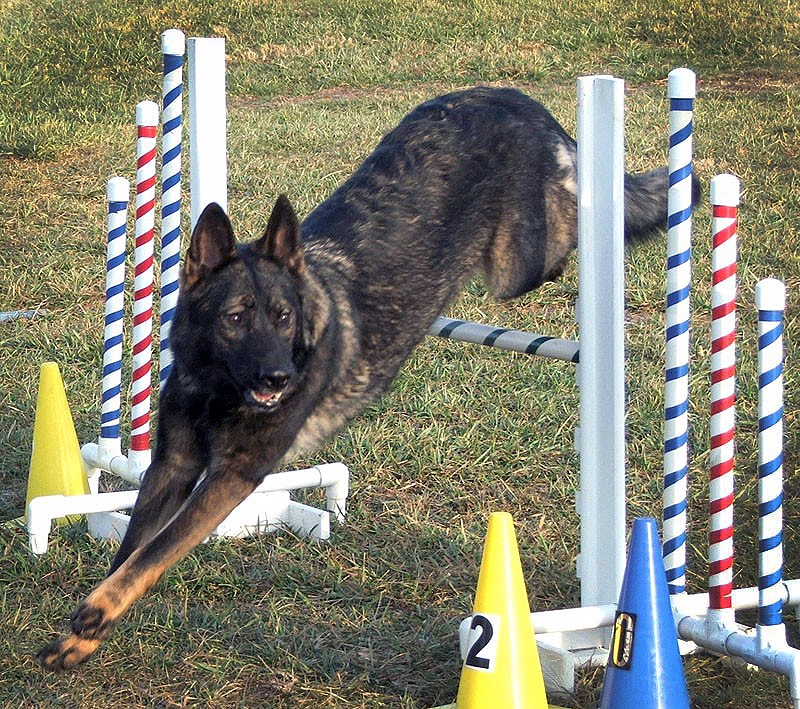 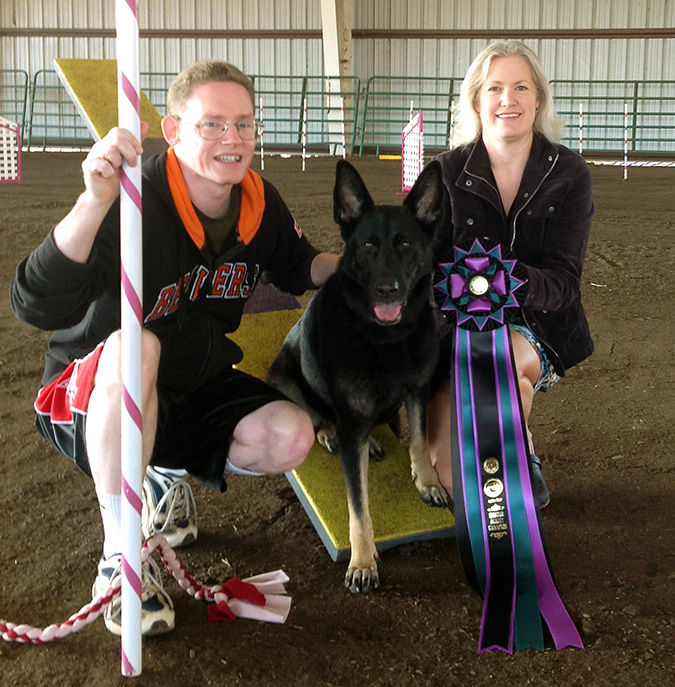 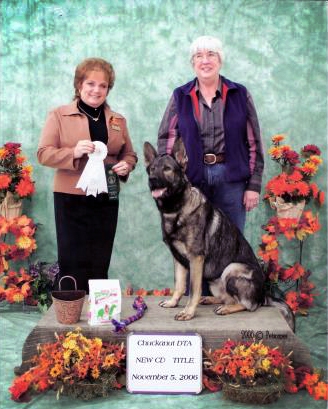 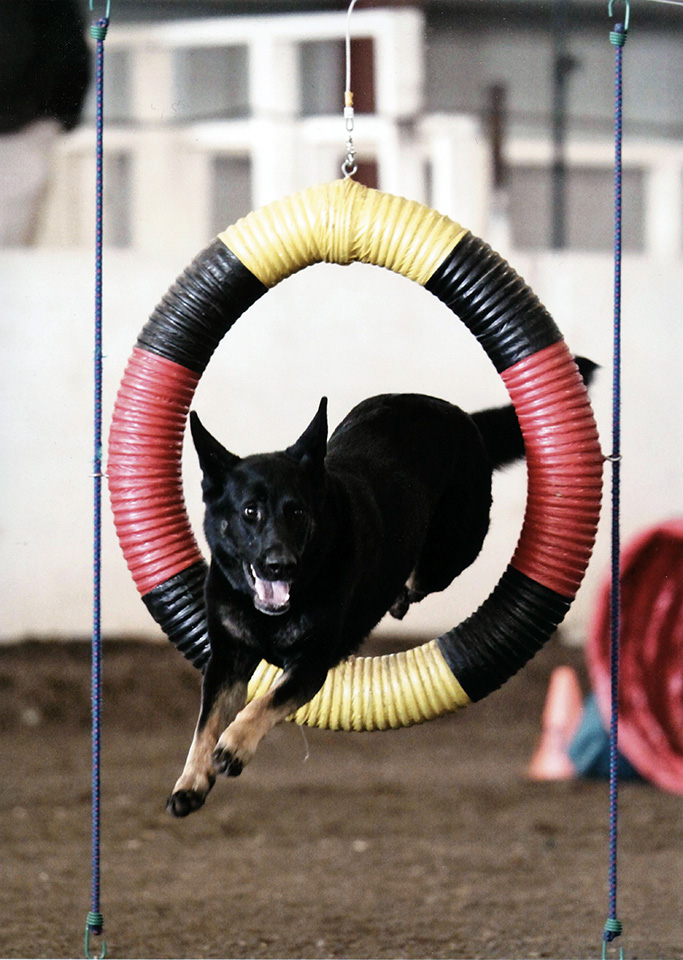 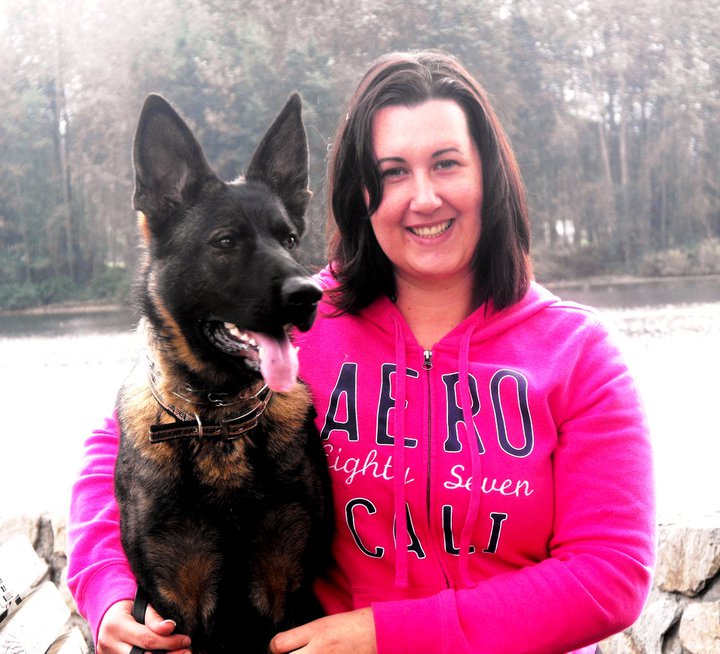 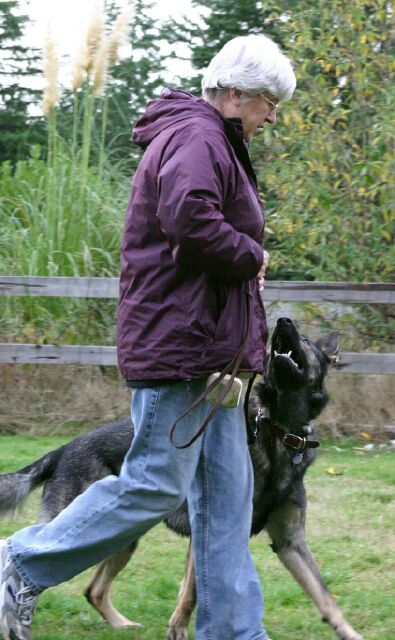 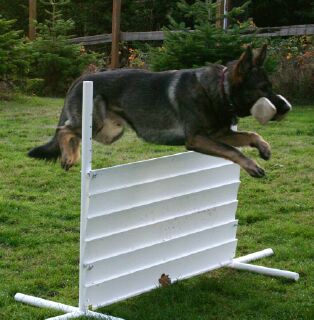 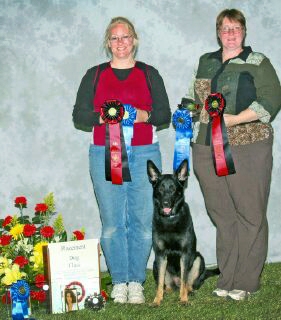 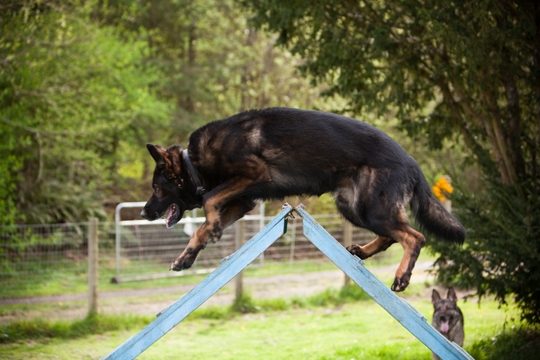 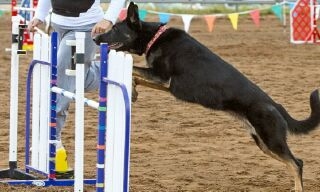 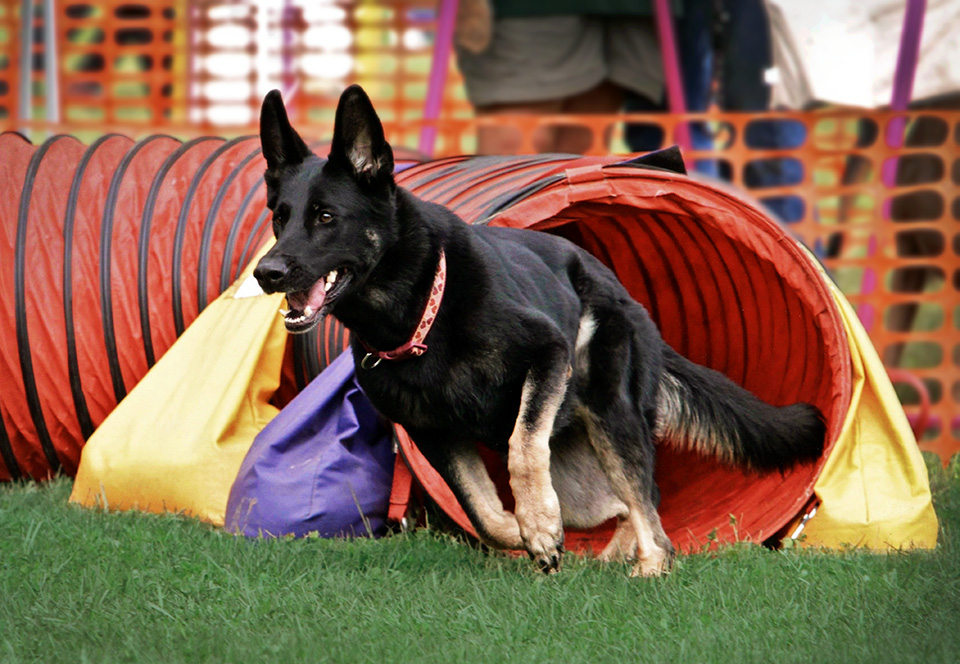 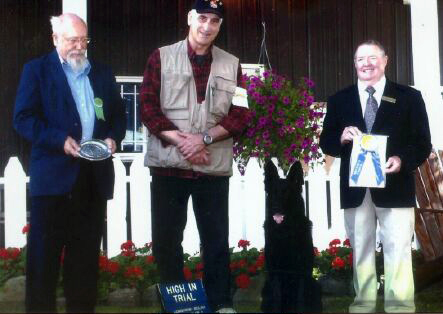