Vom Banach K9's retired stud dogs represent some of the most legendary working line pedigrees in the breed. 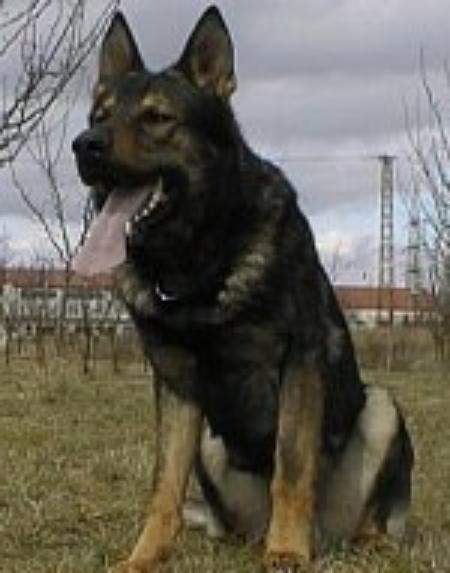 Dar is a very large, very strong, very hard and imposing male. He is a serious stud dog that earned a high level of titles quickly and at a very young age. His pedigree contains some of the most serious, well known, and respected working dogs of all time. Dar’s World Renown Sire Grim z. Pohranicni straze was bred by the Czech Border Patrol kennel and went on to be a World Level Competioner attaining 7th WUSV-1997 rated best in protection) as well as one of the best producers for the Czech Border Patrol of all time attesting to the hardness and quality Grim is known to produce.

Exceptional also is what should be noted on the Dam side of Dar: Betty z. Malsskeho udoli IP3, OP1, SchH3. ZM ZPS1 ZVV1 DKK 0/0 attaining high titles again from a young age and known as a very hard and very strong female producing excellence and imprinting this incredible character well within her progeny. 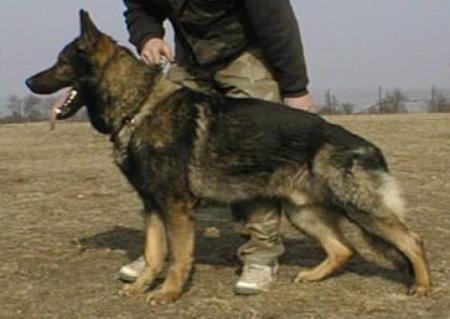 GEP z. Pohranicni straze , DOB July 6, 1999, Hips/Elbows 0/0, ZVV1, IPO1, vyborny(excellent) Selective Breed, 1st Breeding Class 5VQ1/P. Gep is a typical representative of the z. Pohranicni straze Kennel as far as his height, weight, hugeness, extroardinary stud expression, compact strong bones, perfect conformation and gorgeous dark sable pigmentation. Gep is ALWAYS self-confident in every situation and is full of energy for work. He is an incredible and seriously HARD male in character and defense presentation. He will bite and defend with or without a sleeve or suit to protect his handler at any time in real-life situations.

Now Retired from Vom Banach K9 “V. Walko vom Grafental” SchH3, KKL1, V-rated in structure, H/D a’ Normal. Walko is from excellent DDR breeding combination. On the top half of his pedigree, his sire V.Tino vom Schaferleisel SchH3, Grand Sire: V. Sven vom Grafental SchH3, Grand Dam: V. Illa von der Mittelhauser Flur SchH3. In the lower half of his pedigree his Dam: V. Venus vom Grafental SchH3, Grandsire: V. Iran vom Tannenkrug SchH3 and Grand Dam: V. Nonne vom Grafental SchH3, IP3 FH1. It should also be noted, Walko comes from very strong DDR bloodlines of HD-Befunde Hip ratings of a’Normal. Walko possesses very warm and social character with his family and friends,.Walko is a very dark black sable with richly pigmented red undertones, of which he passes to his progeny along with his delightful temperament and early presence of noticeable drives for work. Walko’s puppies are lively yet calm, very beautiful with gorgeous head types, strong and solid bone type and balanced structure.In the home Walko is a perfect Gentleman. He can easily be trusted with children of all ages and other pets large and small. He is obedient as well as charming and has a big “Teddy Bear” like personality. Anyone who has come and met Walko in person does not leave without great admiration for his magnificent beauty, gentle nature.